Looking for a great story?

Try these links and exciting tales!

Click on the photo below to learn more about creating your own shadow puppet play. 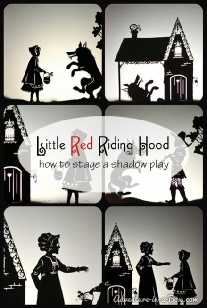 A story about perspective.

There is a story of an old farmer who had worked his crops for many years. One day his horse ran away. Upon hearing the news, his neighbors came to visit.

“Such bad luck,” they said sympathetically.

The next morning the horse returned, bringing with it three other wild horses.

“How wonderful,” the neighbors exclaimed.

The following day, his son tried to ride one of the untamed horses, was thrown, and broke his leg. The neighbors again came to offer their sympathy on his misfortune.

The day after, military officials came to the village to draft young men into the army. Seeing that the son’s leg was broken, they passed him by. The neighbors congratulated the farmer on how well things had turned out.

A story about doing one’s part.

One day an elephant saw a hummingbird lying flat on its back on the ground. The bird’s tiny feet were raised up into the air.

“What on earth are you doing, Hummingbird?” asked the elephant.

The hummingbird replied, “I have heard that the sky might fall today. If that should happen, I am ready to do my bit in holding it up.”

The elephant laughed and mocked the tiny bird, “Do you think THOSE tiny feet could hold up the SKY?”

“Not alone,” admitted the hummingbird, “but each must do what he can and this is what I can do.”

A story about assumptions.

A farmer once lost his axe. He felt certain that his neighbor had stolen the axe. He watched that neighbor with suspicion. He noticed that the neighbor’s son seemed as shifty as his father. That boy looked just like a thief. The farmer knew he could not trust either of them.

One day when he visited a distant field where he sometimes worked, the farmer discovered his axe. He had left it behind the last time he worked the field. When the farmer returned home he noticed his neighbor’s son at play. The boy looked absolutely normal now. There seemed nothing shifty or suspicious about him at all.

La Crosse Storytelling Festival and the Pump House Regional Arts Center are teaming up to present a curated virtual performance of original stories on the theme “Twenty-one.”   The streamed event will open March 21, 2021. Authors are invited to submit … END_OF_DOCUMENT_TOKEN_TO_BE_REPLACED

We are saddened to announce that the 2020 Storytelling Festival has been postponed for this year. BUT we are thrilled that our new date is JULY 23, 24, 2021 and all our performers have agreed to come! Please put the … END_OF_DOCUMENT_TOKEN_TO_BE_REPLACED

Saturday night’s Celtic Stories and Song at the Pump House is canceled. Our featured teller, Yvonne Healy, had her plane from Denver postponed and she could not make other arrangements. She was also concerned because Denver, like many large cities, … END_OF_DOCUMENT_TOKEN_TO_BE_REPLACED

The Festival committee is proud to announce that the July 25th 11-2:30 programs geared toward children will be FREE! So bring the kids and enjoy storyteller Bil Lepp, musician Hans Mayer, juggler Doug the Jug plus children’s activities. No better … END_OF_DOCUMENT_TOKEN_TO_BE_REPLACED